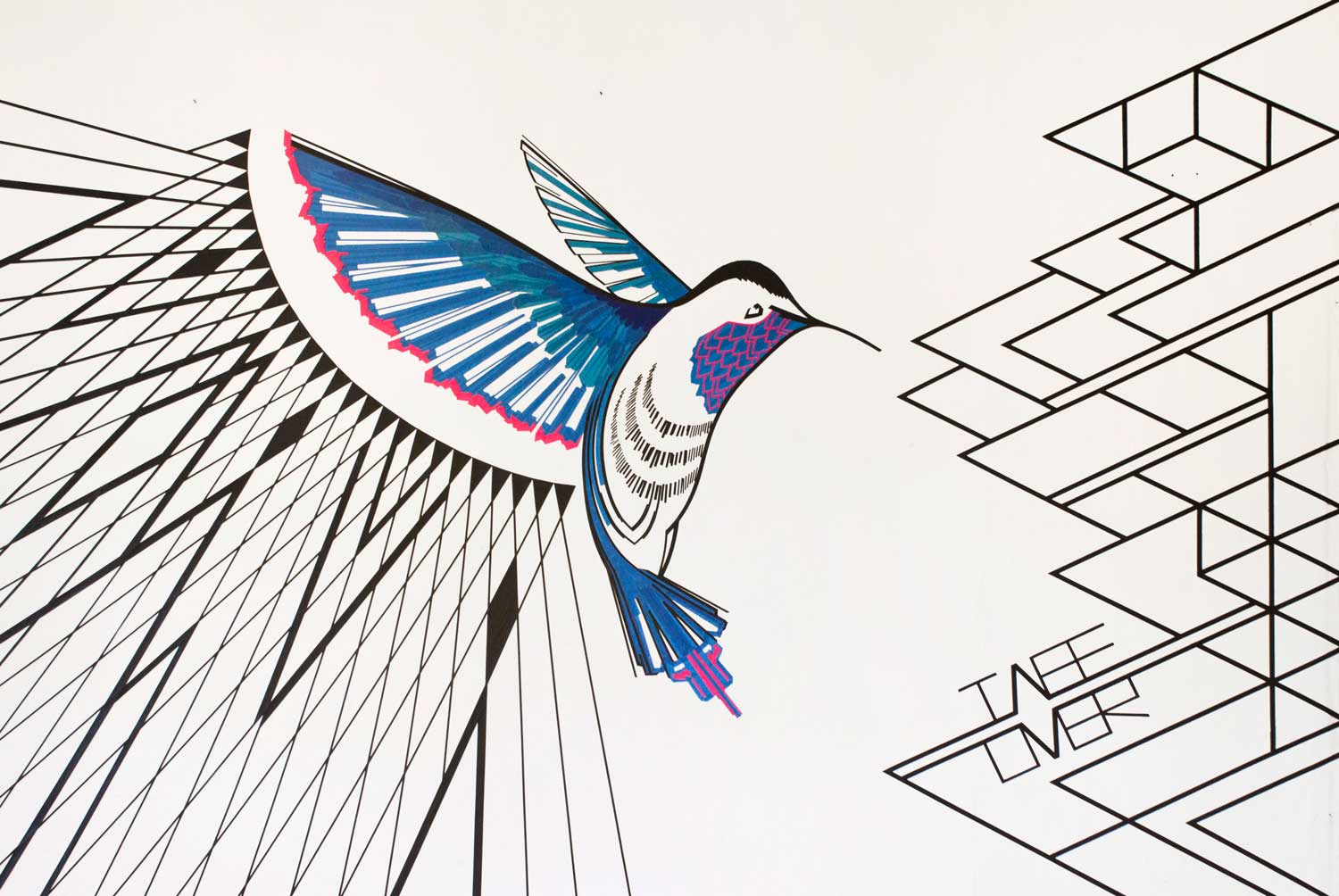 ‘Hummingbird Effect’ was created for the cinema film TRAUMFRAUEN, a Warner Brothers production in 2014. This tape art work was inspired by the idea of the butterfly effect. 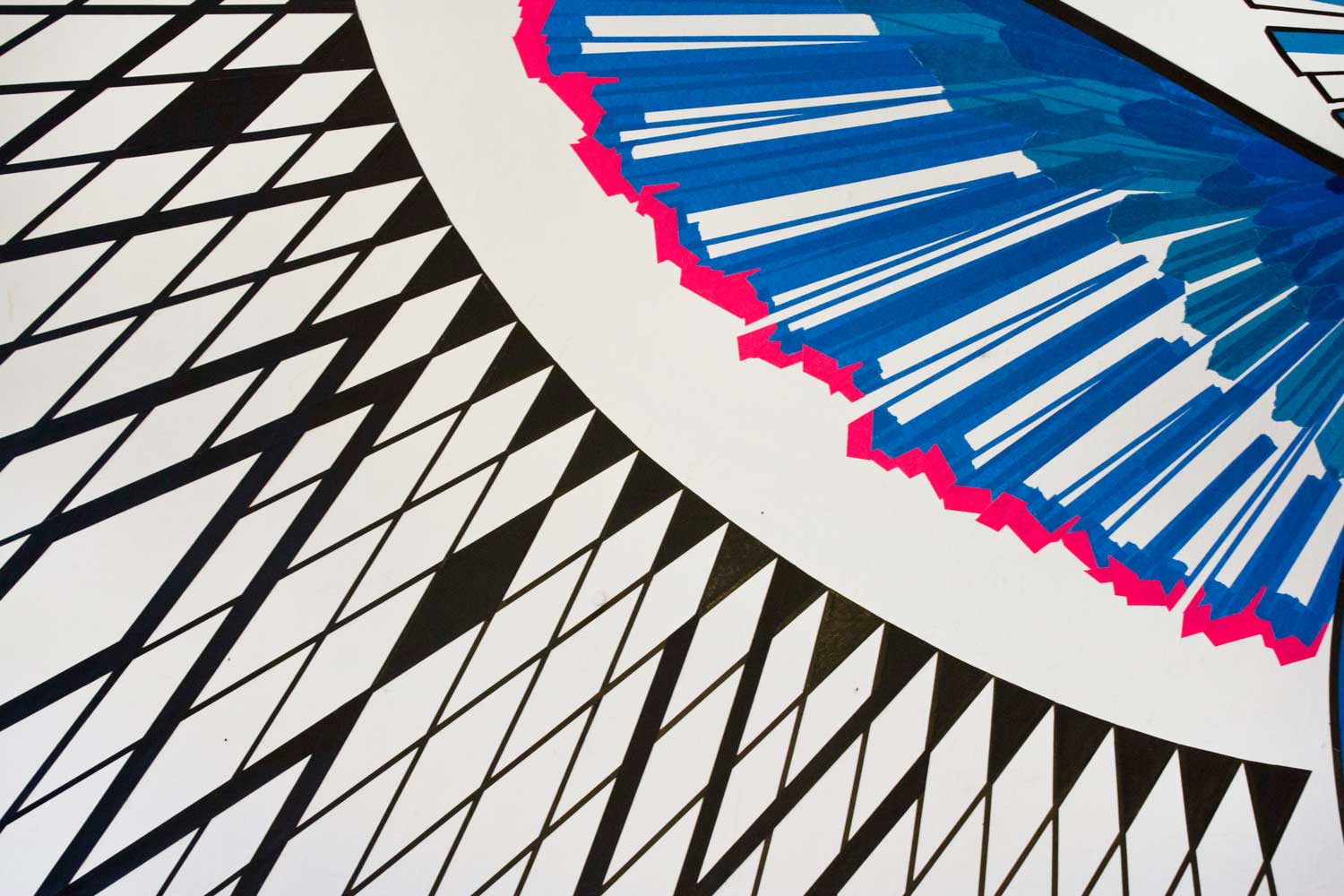 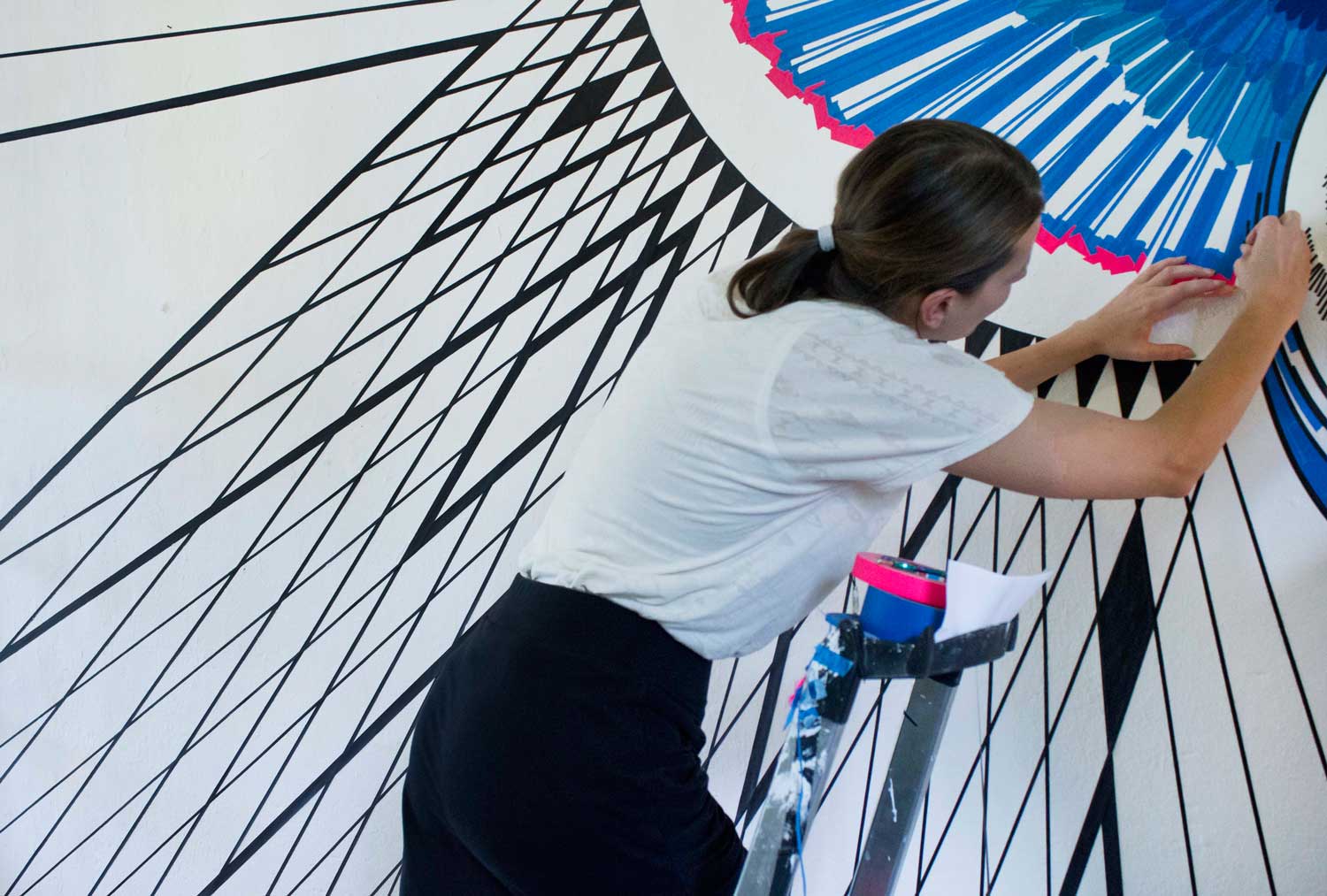 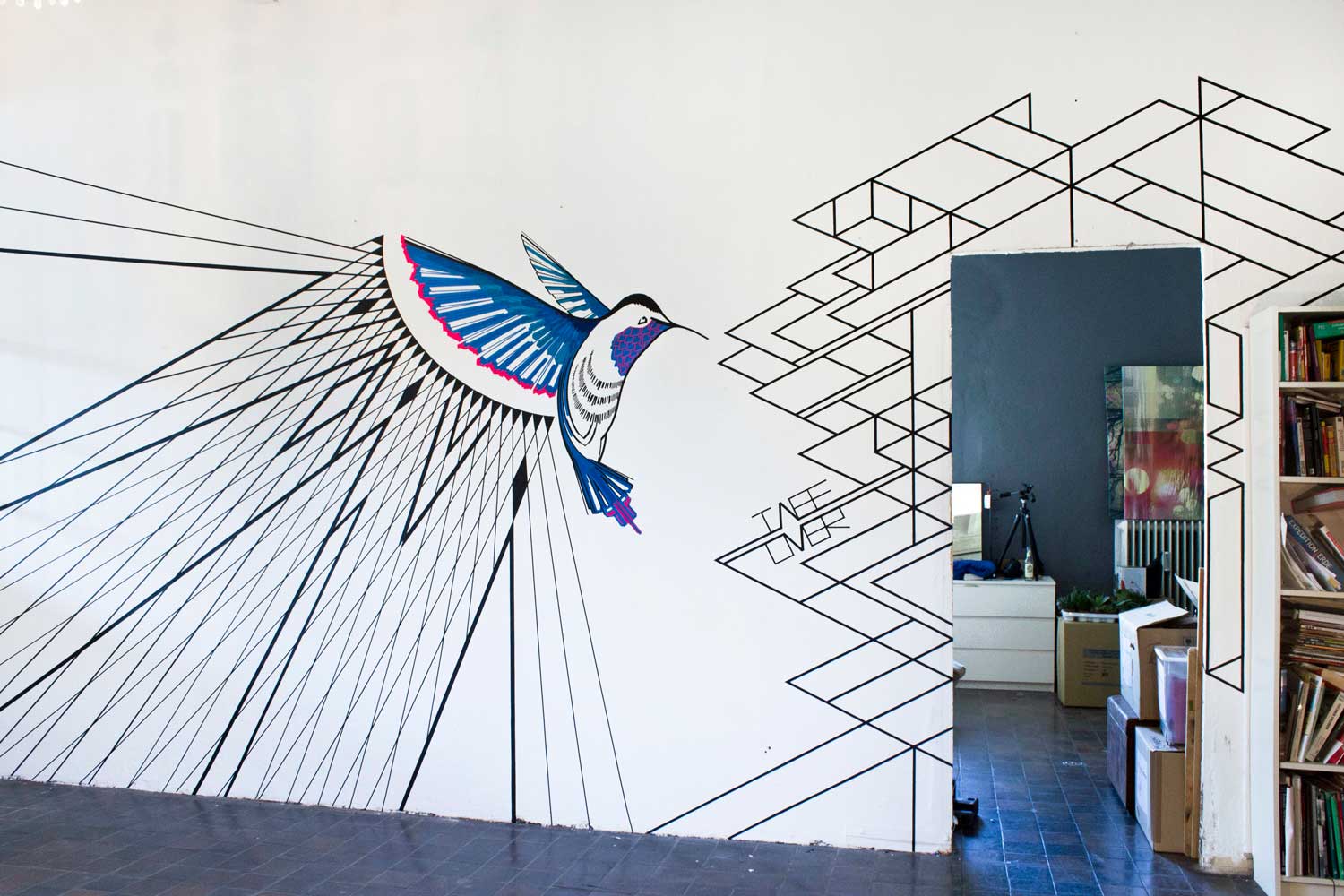 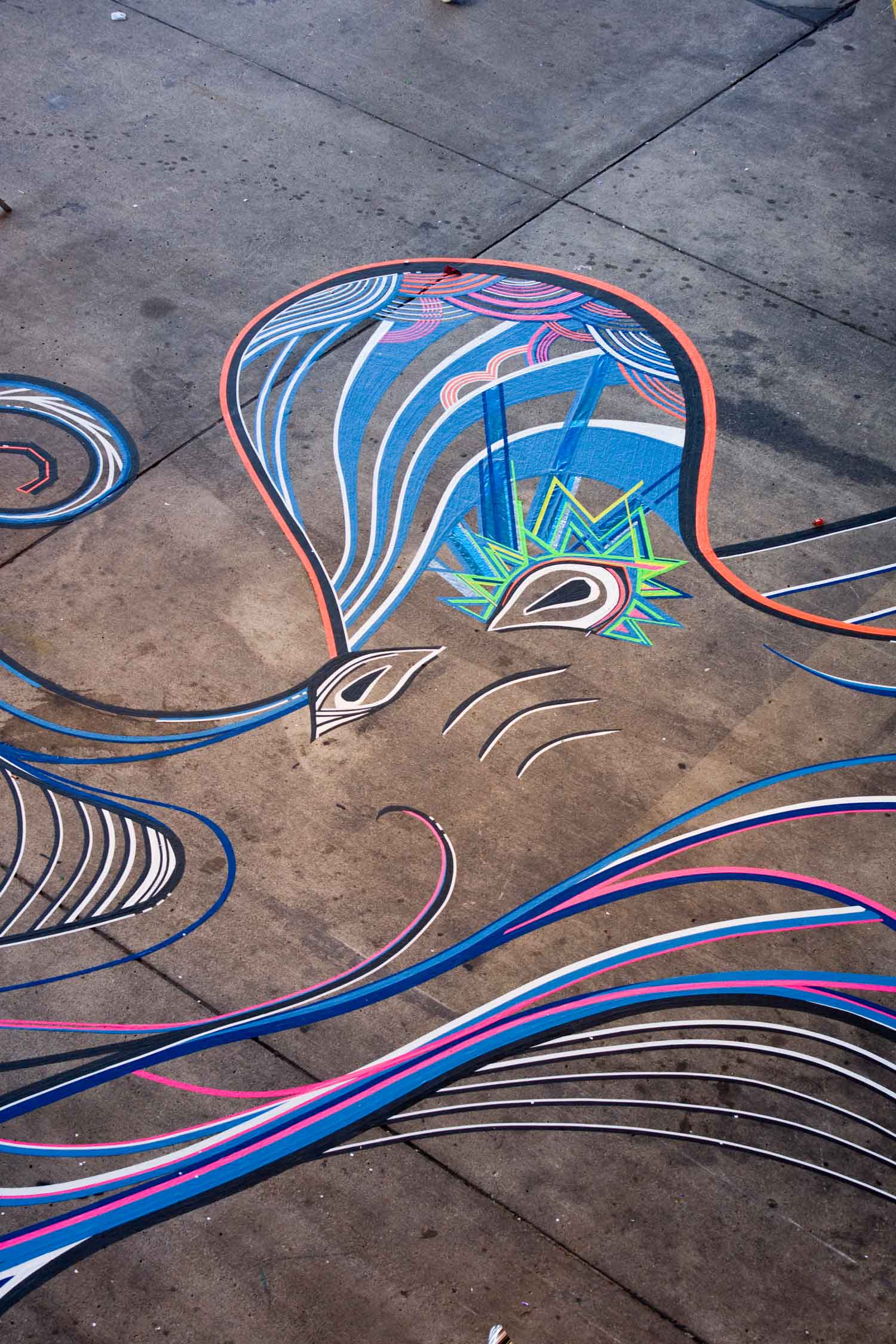 ‘Funky Octopus’ was created in the middle of the art village of the BERLIN FESTIVAL 2012. It covered about 50 by 50 meters – being the biggest artwork at the festival.

TAPE OVER is a Berlin-based tape art crew, founded in the spring of 2011. Their roots are in Berlin’s sub-cultural electro scene, where they originally started creating tape art in the cities vibrant electro clubs.

Headed up by La Mia who focuses on new creation, always based on experimentation, passion and creativity, the entire crew form magnificent installation. Their style includes elements of street art as well as urban art, and is characterised by its versatility and fine detail. “Our art reflects what inspires us most – organic forms, abstract shapes, plain design, as well as visual statements.”

Keeping true to their crew mentality, they continuously collaborate with other installation artists, musicians, visual artists and various creative to further enrich their tape art. Out of such collaborations they have developed ‘Tape Mapping,’ which is a combination of tape art and projection mapping, as well as ‘Tape on you,’ a tailor made body and fashion styling with tape. You can purchases some of their tape art pieces, prints and stickers from their online store. 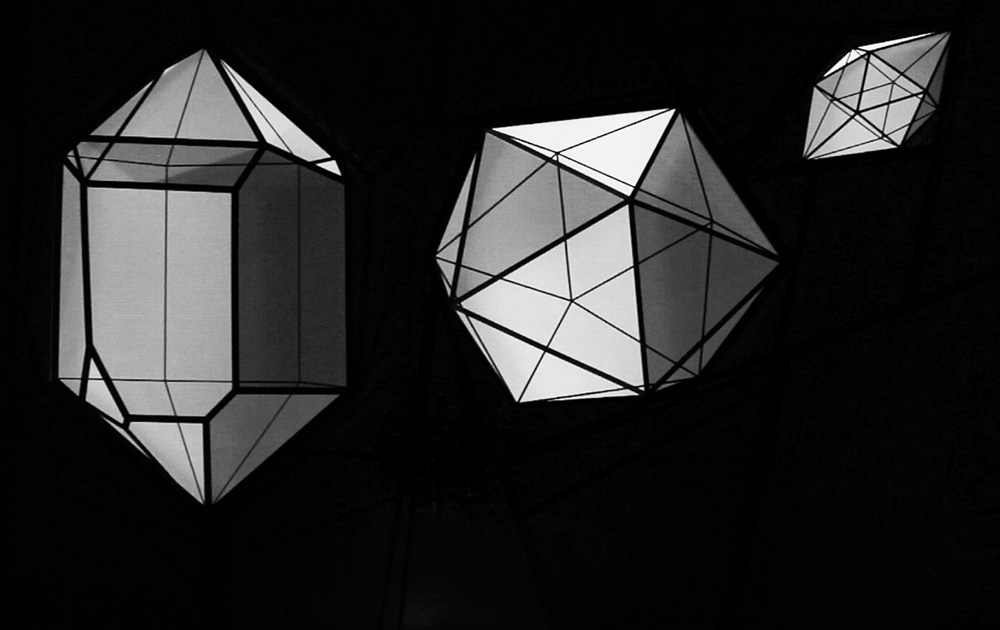 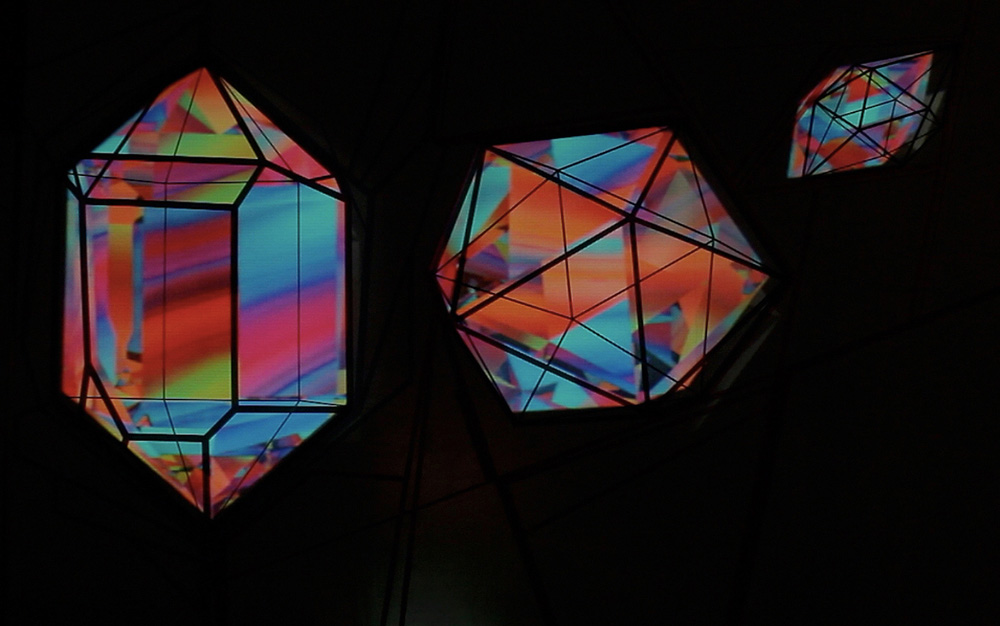 In spring 2013, Tape over created ‘Deep Seas’ for a confidential electro festival at a private hotel in Davos (Switzerland). To illuminate this artwork they collaborated with a visual artist crew, combining tape art and projection mapping. 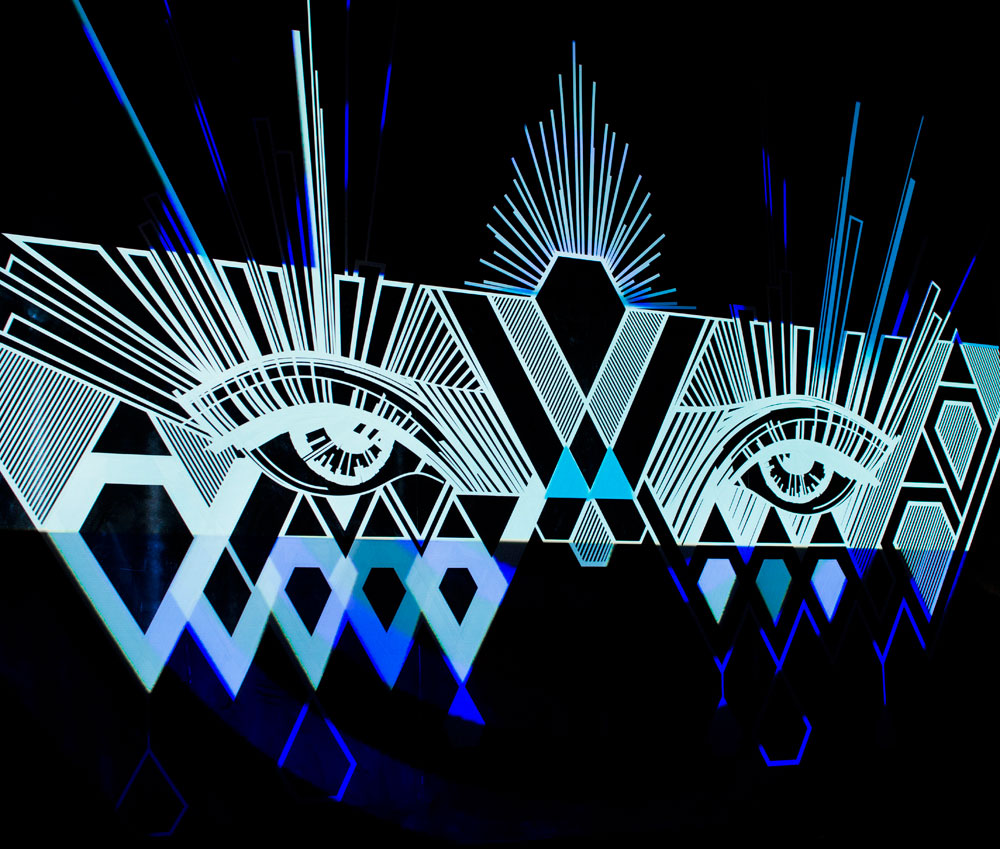 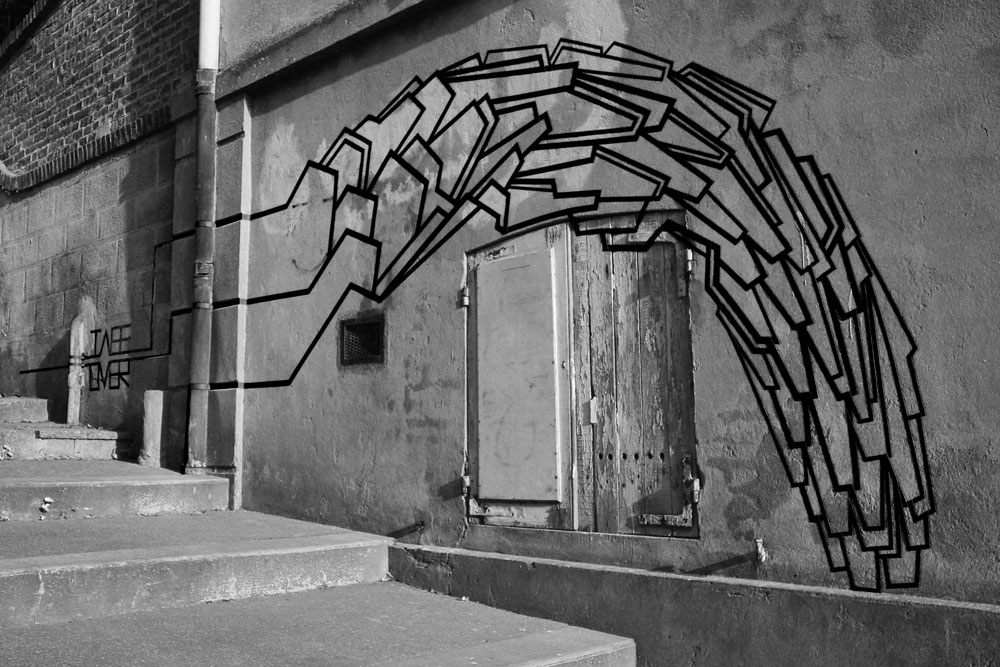 ‘One Time Too Many,’ music clip for Martin Mey’s new album TAKING OFF, which was created at the Off Courts Festival 2014 in Trouville (France). It was filmed mainly in stop motion at night.

[Images courtesy of TAPE OVER.]

PHP Code Snippets Powered By : XYZScripts.com
We use cookies to ensure that we give you the best experience on our website. If you continue to use this site we will assume that you accept our cookie policy. Find out more.