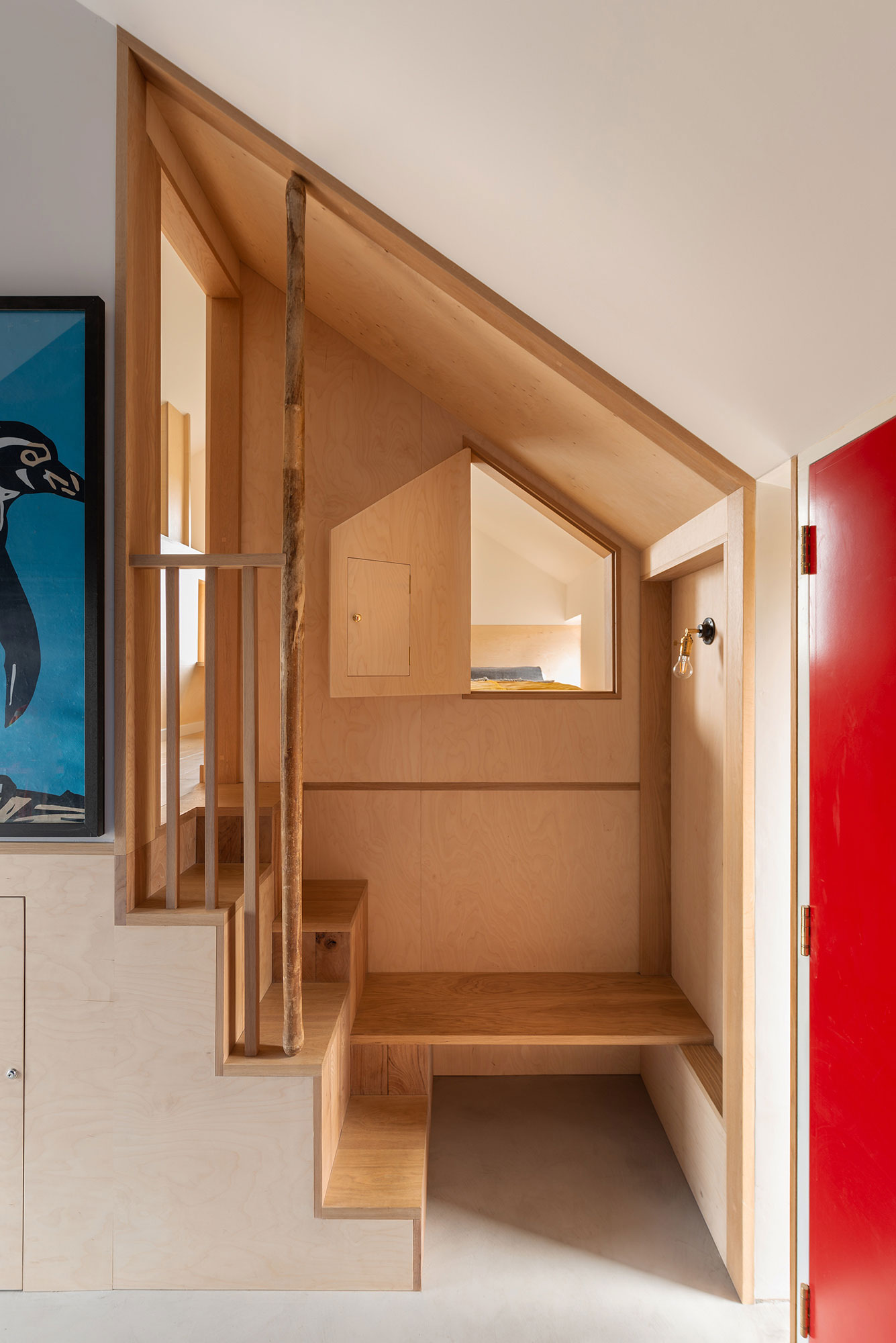 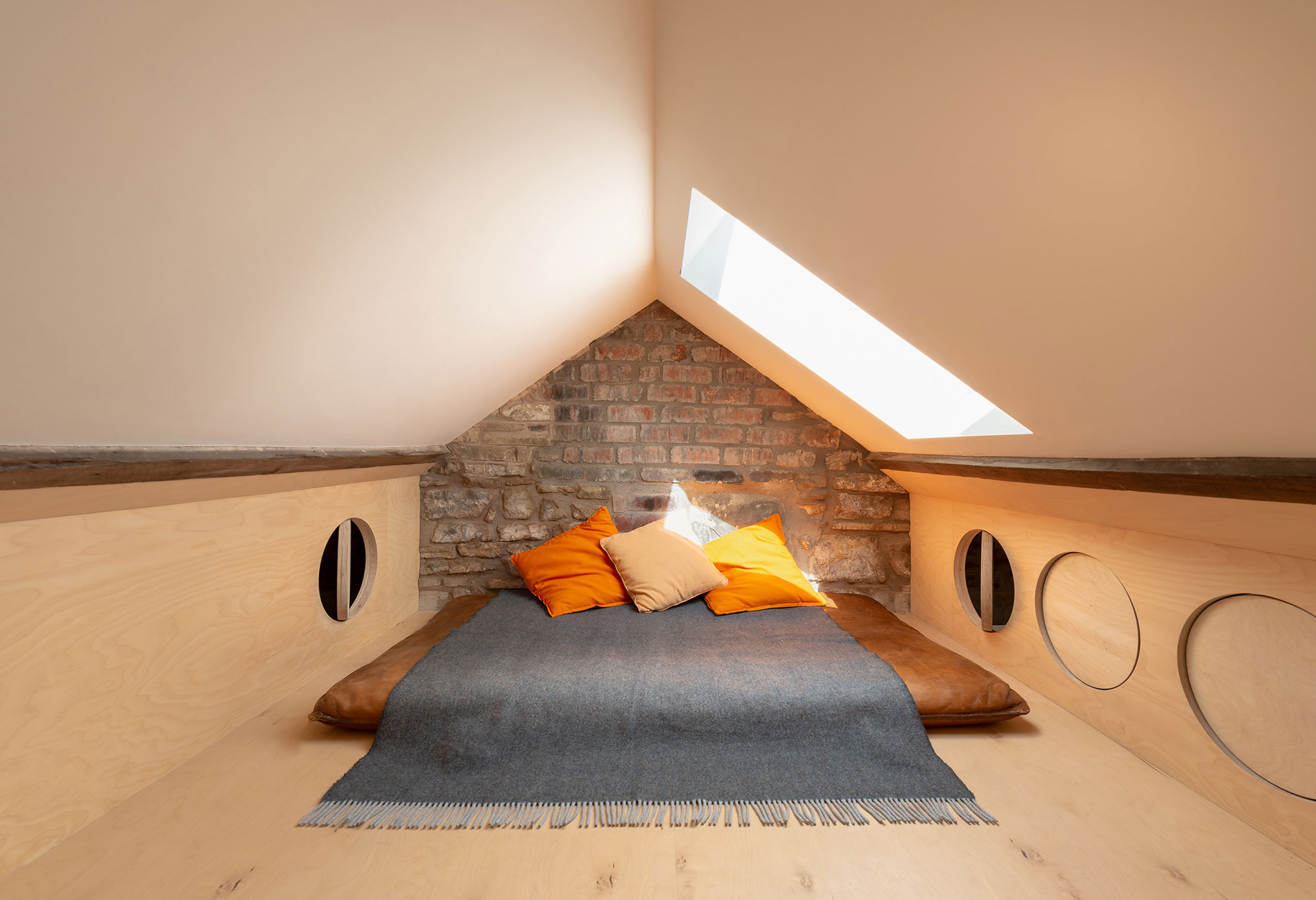 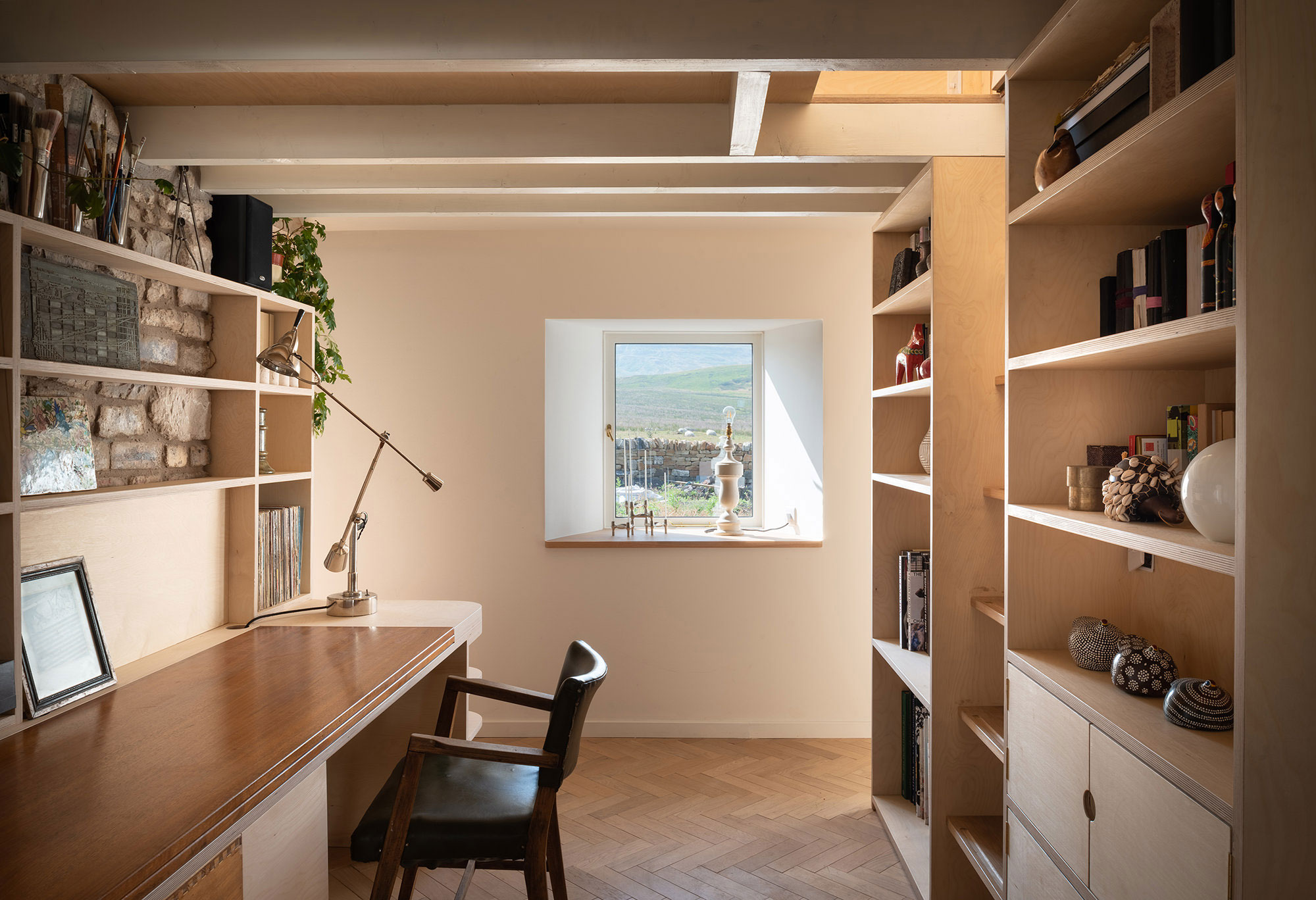 If you were to drive through the foothills of the English Pennines, you’d spot traditional Cumbrian longhouses camouflaged into their surroundings. But there’s one among them that stands apart—at least on the inside.

“Pretty much everything in the house was collected by the client, who has worked at NGOs in the Middle East and East Africa. In many ways, the project was built to contain all the things she had collected over the years. But the house itself is an emblem of her childhood, of the place she grew up,” says Tim Norman-Prahm, founder and principal architect of Norman-Prahm Architects, who was tasked with giving the home an extension.

On-Growing House by Mariana de Delás.
Inspired by the Japanese word Komorebi, which loosely translates to the sunlight shining through the trees, Mariana de Delás has inserted a lifted metal structure gangway in this small home. Finished with a perforated metal sheet, it lets the light pass through... 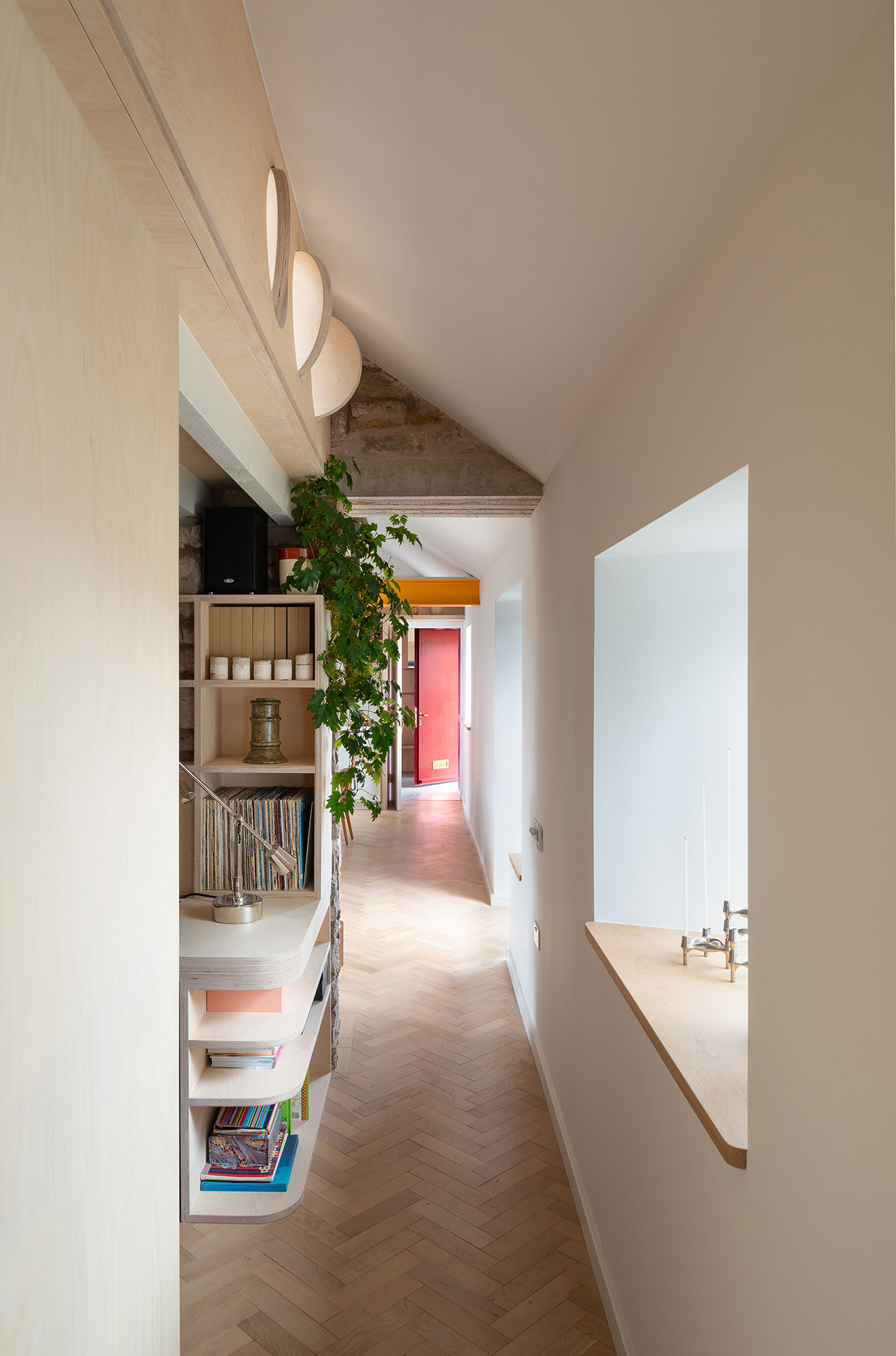 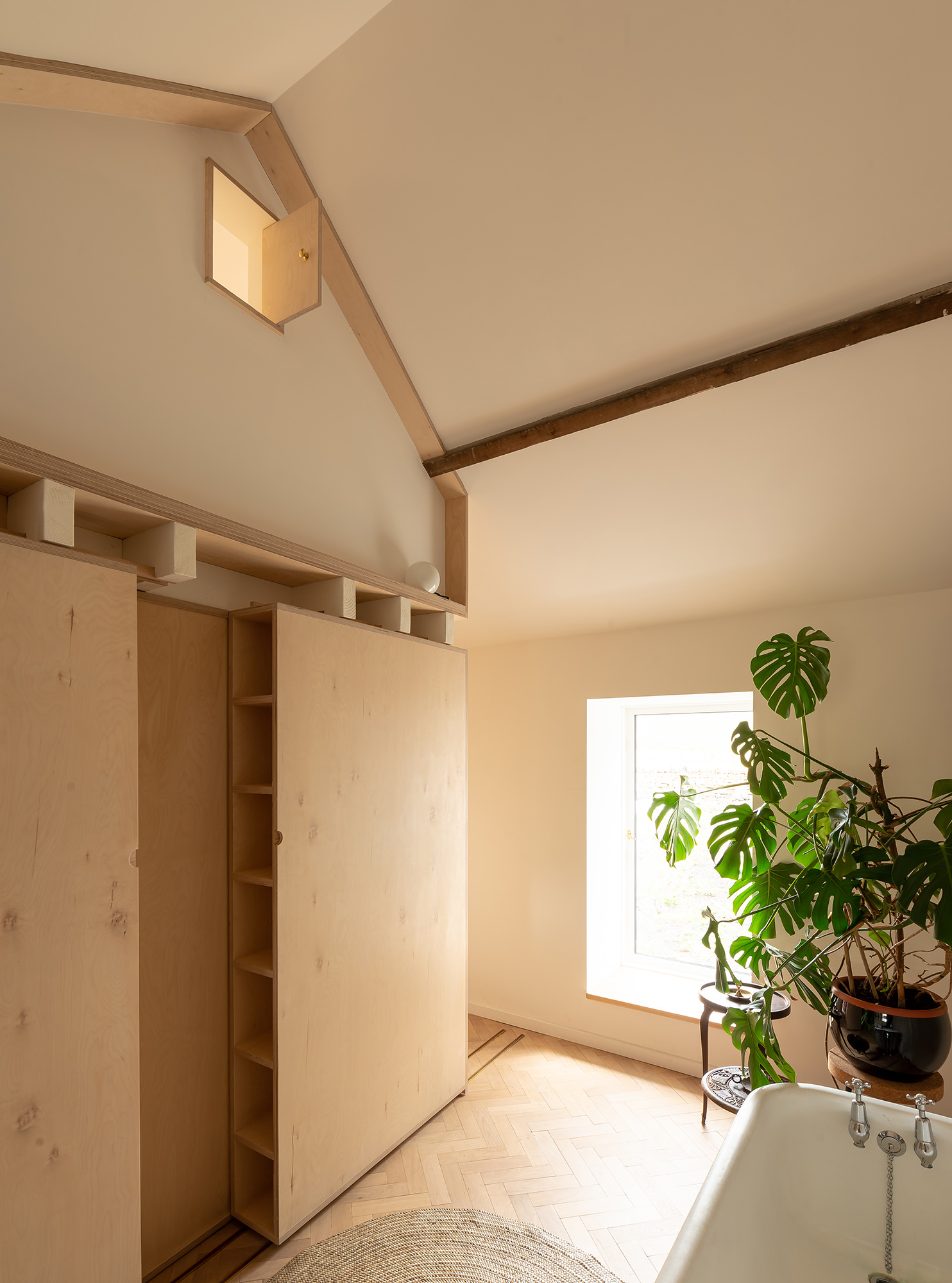 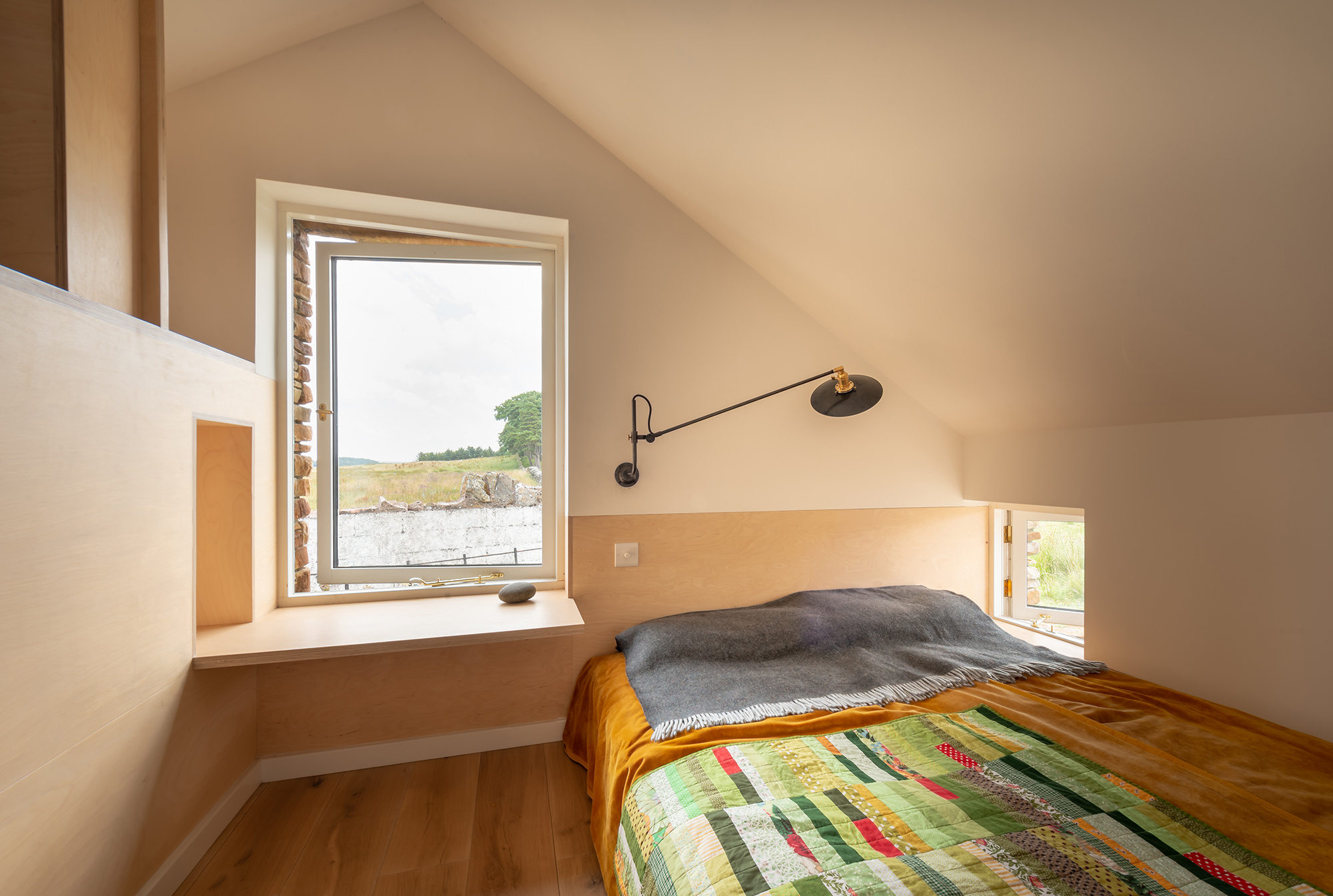 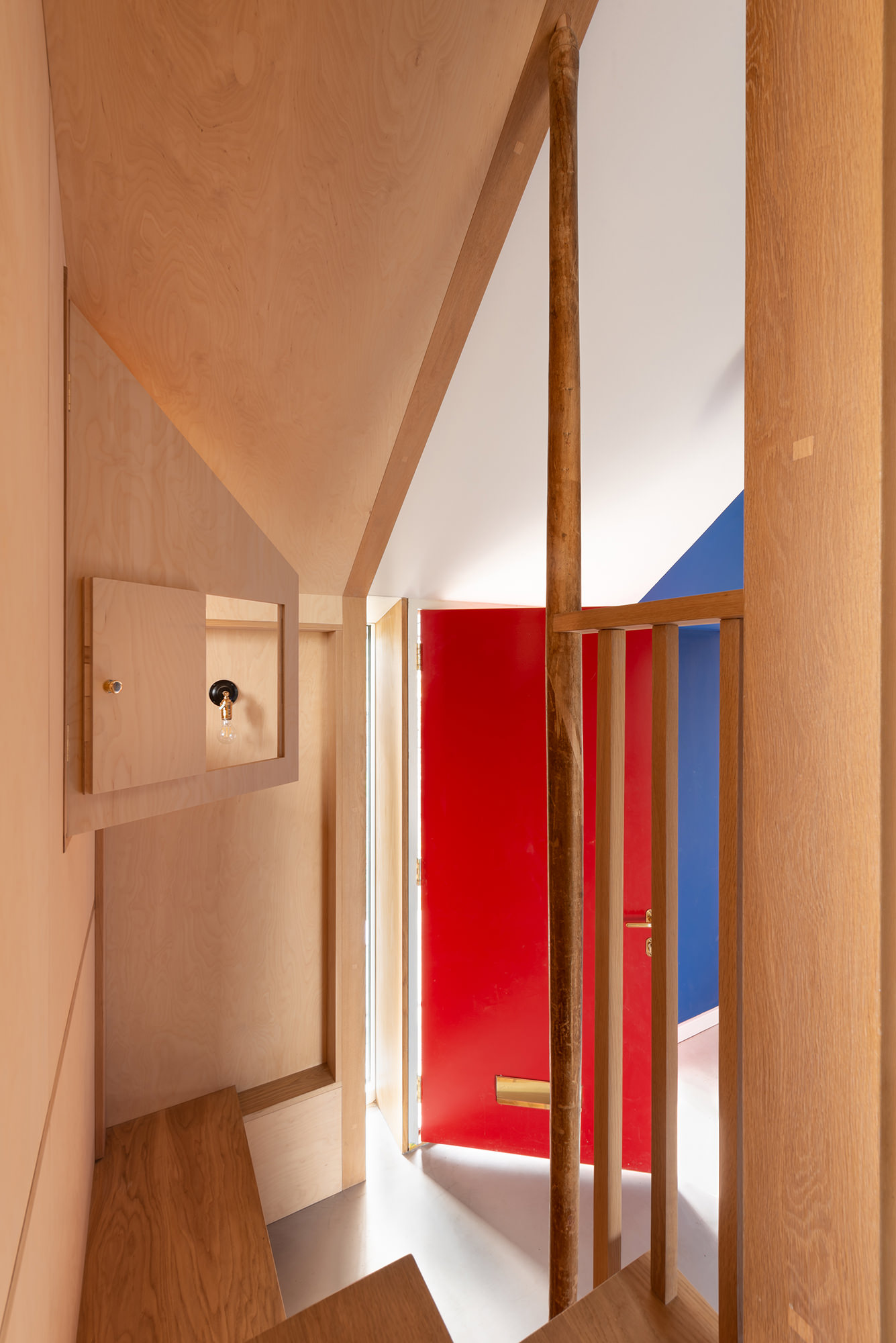 For Tim, it was important that the new built form bond with the bones of the property. The new gabled extension, then, was built using stone sourced from the same Pennine quarry as the original building, and the new roof was fashioned from untreated zinc, a material known to weather in the same manner as stone. “Over time, the fresh building stone will weather and unify with the surrounding dry stone walls,” says Tim of the decision to go local.

Tim’s architectural interventions pay ode to the original construction. While the gabled extension acts as a gate house, welcoming you into the yard, the interior was opened up “to absorb as much light from the facade’s original openings”. In reorienting the spaces, Tim created rooms within rooms that serve as intimate boltholes while still connecting seamlessly with the rest of the house. 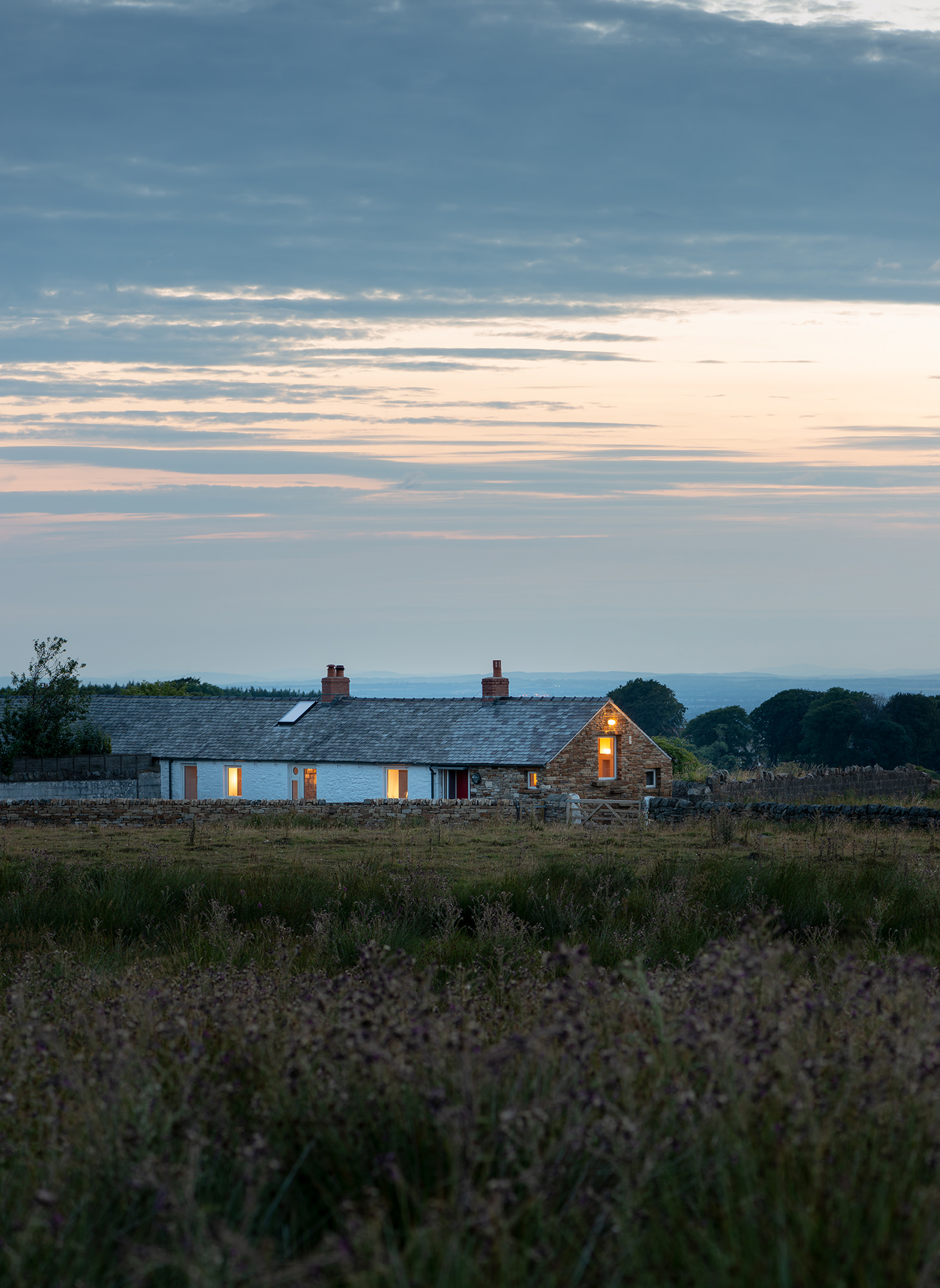 What’s truly attention-grabbing about the house is the smorgasbord of wood grains: The joinery is made of birch plywood, the book case ladder rungs are of solid oak, and a red hardwood desk top is inlaid into the study table. “We also spliced together two former barge polls to create a newel post for the staircase and used salvaged English elm for the treads,” Tim notes. But the beauty of the cottage isn’t just skin deep. “The building has been enhanced to create an energy-efficient family home. Where possible, the building fabric has been thermally upgraded,” says Tim.

Inside, the cottage is like a true-to-life snow globe, each angle providing a view more magical than the last: A sweeping, vaulted hallway demarcates the gate house from the original building, the entrance offers twin views of the garden and the length of the house, and a stepped niche to the side takes you up to a raised room that sits over the surrounding walls, while also making for a welcome perch at arrival. But the crowning glory, without doubt, is the rear extension, whose newly added bay window offers views as far as Scotland.

Prefab Off-grid Goals: Cabin ANNA by Caspar Schols.
The Garden House was Caspar Schol’s first taste of innovative and inclusive design. It quickly became celebrated around the world for its ability to rearrange layers for different occasions or weather conditions.